Peter S. Paine, Jr.
Chairman of the Board 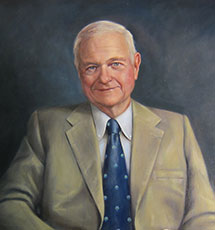 Mr. Paine has been Chairman of Champlain National Bank and its holding company, Champlain Bank Corporation for over 20 years, following in the footsteps of his father and grandfather.

A graduate of Princeton University (where he was class valedictorian), Oxford University (where he studied law as a Rhodes Scholar) and Harvard Law School, Mr. Paine is a member of the New York and English Bars. A retired partner of the international law firm, Cleary Gottlieb Steen and Hamilton, he practiced law in New York, London and Paris. In keeping with his family's background in the pulp and paper industry, Mr. Paine served as a Director of Great Northern Nekoosa Corporation for many years.

Mr. Paine is a past Chair of the Board of Fort Ticonderoga and was the first person to receive their prestigious Marquis de Montcalm Award for his leadership of the Fort. He is also a Former Trustee and Advisory Council Member of the Adirondack Foundation and President of the Boquet Foundation. 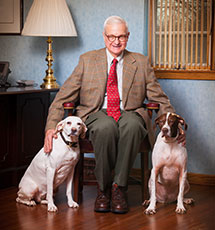 In appreciation of his efforts to endow scholarships for Americans at Oxford, his Oxford College, Christ Church, made him an Honorary Fellow and he was also named a "Distinguished Friend of Oxford" by the University. The Republic of France has appointed Mr. Paine a Chevalier de l’Ordre National du Mérite as well as a Chevalier de l’Ordre des Palmes Académiques in recognition of his legal and cultural contributions to French businesses and institutions.

Mr. Paine and his wife, Patty, spend the bulk of their time at their home in Willsboro but still maintain a house in New York City. They have three children, two of whom, (Peter, III and Alex) serve on the Bank/Holding Company Boards, and seven grandchildren. 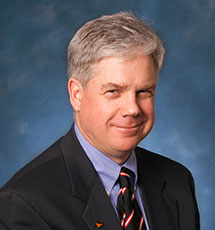 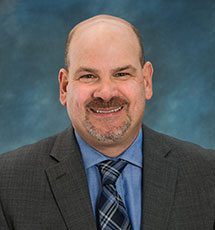 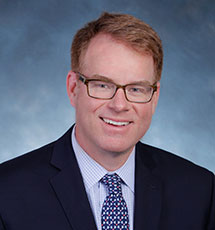 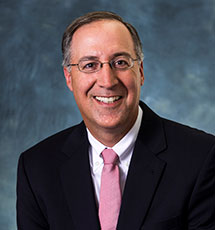 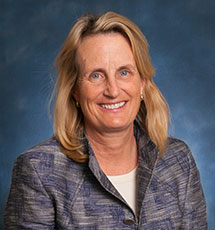 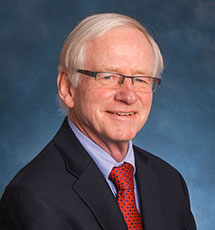 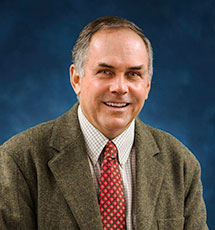 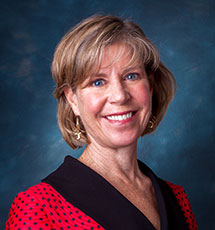 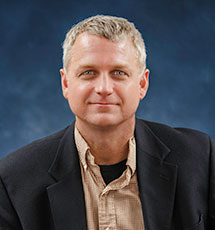 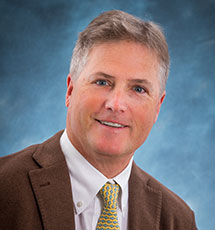 Roderic Giltz is the Chairman of Northern Insuring Agency, and is based in Plattsburgh. He received a B.S. from St. Lawrence University. Active in his community, Mr. Giltz serves on the Board of Directors for The Development Corporation, is active with the CVPH Medical Center Finance Committee, is a Trustee of the William H. Miner Agricultural Research Institute, and is the Chairman of the NCPR Executive Council.

Peter S. Paine III is trained as a lawyer, but has spent most of his career as a management consultant to pharmaceutical and biotech companies. He is a graduate of Princeton University, Oxford University and Vanderbilt University School of Law. He splits his time between his home in Princeton, NJ and his family’s camp in Willsboro, NY. An avid outdoorsman, Mr. Paine can be found, in what spare time he has, hiking in the High Peaks, boating on Lake Champlain or casting a line to tempt a bass or trout. He and his wife, Els, have three children.

Matthew Boire is the owner of CDC Real Estate Inc., a commercial and industrial real estate firm based in Rouses Point, and has worked in real estate and economic development since 1992. His specialty is assisting Canadian companies with their US expansion plans as well as assisting local clients with their economic development and marketing needs. Mr. Boire is a graduate of St. Michael’s College in Colchester, VT, where he obtained two Bachelor degrees in Economics and Business Administration. He and his wife, Niki, have been married more than 25 years and have two adult children who also live locally.

Kevin Brady is a partner and co-founder of Long Run Wealth Advisors, LLC, a Lake Placid based financial advisory firm. He has been involved in asset management, securities trading and research for more than twenty years at a variety of global institutions. He serves on the boards of the Adirondack Health Foundation, St. Joseph’s Treatment and Recovery Center, ANCA, and the Lake Placid Land Conservancy. Mr. Brady grew up in Saranac Lake and lived for more than two decades in Boston and New York City before returning to the Tri-Lakes. He enjoys raising his three children in the Adirondacks.

Steven Cacchio has a broad-based banking career focusing on community banking in upstate New York. He also worked for six years as a Bank Examiner for the OCC in Syracuse. Thereafter, he held increasingly responsible positions with Alliance Bank in the Syracuse area, ending as Senior Vice President in charge of all retail operations. In 2013, Mr. Cacchio became the Chief Operating Officer of the $800 million Savings Bank of Danbury, Connecticut. He is a graduate of the University of Hartford and he obtained his MS in Accounting from Syracuse University. He and his wife, Carol, have two sons.

Alice Cole is the former Managing Partner of Essex Asset Management in Vero Beach, FL, where she worked from 2009 - 2016. Prior to joining Essex Asset Management, Ms. Cole earned two Bachelor’s degrees in Economics and Political Science from Occidental College, graduating with honors. She is a Certified Financial Planner™ and a Certified Investment Management Analyst™. Ms. Cole is the Chairman of the Board for the Berkshire School, and she sits on the Environmental Learning Center Foundation Board.

Vincent McClelland represents LandVest in the Adirondacks in their Timberland, Consulting and Real Estate Marketing divisions. He received a BS in Forestry from the University of Vermont. Mr. McClelland has served on various non-profit boards, and currently serves on the board of the Adirondack Land Owners Association. A longtime resident of Keene Valley, he has three children with his wife Barbara, and enjoys pond hockey, hiking and back country skiing.

Deena Giltz McCullough is a third generation and first female president and CEO of Northern Insuring Agency. Under Ms. McCullough's leadership, Northern has won numerous awards including being recognized as a Best Company to Work in NYS by NYS-SHRM. She holds several professional designations, and is most proud of completing the Gestalt Institute of Cleveland Coach Certification Program. Ms. McCullough is also an International Coaching Federation Associate Certified Coach. A generally curious person, personal passions include spending time with Zoom, her pandemic pup and certified therapy dog.

Alex Paine has been a director of Champlain National bank since 2003. He is CEO and Co-Founder of WebSight Design, Inc., a California-based internet business that provides web design, web development, hosting, and digital marketing services. Mr. Paine also serves as Chief Information Officer for Pacific Union International, which is Northern California’s leading residential real estate company. His philanthropic interests focus on education and the environment. He enjoys spending time with his wife and two young daughters.

Jay Winthrop is a managing partner of Douglass Winthrop Advisors LLC, a New York-based registered investment advisory firm. Before cofounding the firm in 2000, he worked at JP Morgan Chase and predecessor firms. Mr. Winthrop currently serves as chairman of the Conservation Fund and was previously chairman of American Farmland Trust, both in Washington, DC. From 2014 through 2016 he served on the U.S. State Department’s Advisory Committee on International Economic Policy. Mr. Winthrop received an AB from Harvard College in 1986 and an MBA from Harvard Business School in 1992.